Our primary concern is keeping everyone safe and healthy while still providing premier eye care. 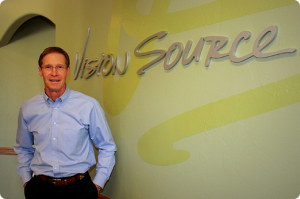 Marshall Gleckler O.D. received his Bachelor of Arts degree from Oklahoma State University in 1969. He graduated from Southern College of Optometry of Tennessee in 1973. Dr. Gleckler entered practice in Purcell, Oklahoma from 1973 to 1979. In 1979 he moved his practice to Shawnee, Oklahoma where he founded the Shawnee Vision Source and practiced until 2015. Dr. Gleckler specialized in difficult contact lens fittings, especially toric soft lenses. He was and remains an avid hunter, fisherman and scuba diver therefore naturally, he also specialized in all types of sports vision. Dr. Gleckler has been a member of the American Optometric Association since 1969 and a member of the Oklahoma Association of Optometric Physicians since 1973. He was also a member of the Omega Delta Fraternity from 1969 to 1973.

You can schedule your next eye exam with us online!